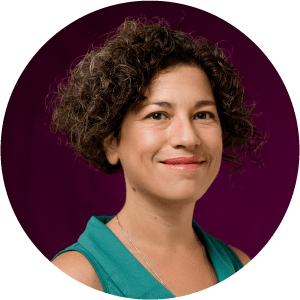 Our Rights, Our Pride Programme Coordinator

Natalia Milisenda is the Our Rights, Our Pride Programme Coordinator since 2017. She is a lawyer graduated from National University of Córdoba (UNC by its acronym in Spanish). She holds a postgraduate diploma in human development with a gender and human rights perspective, from the School of Law, UNC. She also has a MA degree in law and argumentation, from the same school, and is currently a PhD student of law in National University of Córdoba. Her doctoral research focuses on sexual rights as human rights in the realm of the United Nations and the Organization of American States.

She is an assistant professor to the Constitutional Law chair, at the School of Law, UNC. She has given courses, seminars and workshops on sexual and reproductive rights and is a member of the Sexual and Reproductive Rights Programme in the same institution.

She has a long experience in legal cases around LGBTI people’s rights and the right to abortion in Córdoba. In 2009, she sponsored the writs of amparo in favour of same-sex marriage and in 2011, she was the plaintiff attorney in the case for the crime of Natalia “Pepa” Gaitán. In this case, she introduced the notions of sexual orientation and gender expression as cause for the crime. In 2013, she worked as a solicitor for Catholic Women for the Right to Decide organisation in the case for non-punishable abortion in Córdoba.

In addition, she has participated as an activist in the LBTIQ+ movement in Córdoba and has demonstrated her deep commitment to the defense of historically discriminated groups, in particular women and LBTIQ+ people.