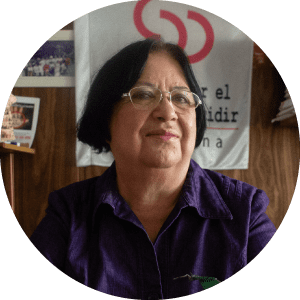 Marta Alanís defines herself as Catholic and feminist. She is a popular educator, social and political activist. Marta founded the organisation called Católicas por el Derecho a Decidir (Catholics for the Right to Decide) in Argentina in 1993. She was also President of the organisation and is currently in charge of their political and institutional relations. She is a driving force behind the National Campaign for the Right to Legal, Safe and Free Abortion. Marta is a member of the Advisory Council of the Sexual and Reproductive Health Programme of the Argentine Ministry of Health.