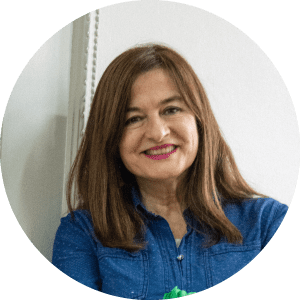 Estela Díaz is a social, union and feminist militant. She is the Gender Secretary of the Central de Trabajadores de la Argentina (CTA) (Argentine Workers’ Central Union). She is a member of the National Campaign for Legal, Safe and Free Abortion and also of the Women and Genders Commission at Instituto Patria.

Estela teaches as part of the Gender and Communication Specialisation at the Universidad Nacional de La Plata (National University of La Plata). She is a member of the Women's Commission of the Coordinadora de Centrales Sindicales del Cono Sur (Southern Cone Central Union Coordinator) and the Women's Committee of the Confederación Sindical de las Américas (Trade Union Confederation of the Americas). In December 2019, she became Minister of Women, Sexual Diversity and Gender Policies of the Province of Buenos Aires.