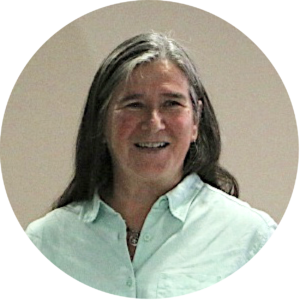 Cecilia Canevari is a professor and researcher at the Universidad Nacional de Santiago del Estero (National University of Santiago del Estero) in Argentina. She graduated from Nursing and later turned to study social sciences with a particular focus on gender issues. She has a Master’s in Society and Power from a Gender Perspective from the Universidad Nacional de Rosario (National University of Rosario) and a PhD in Gender Studies from the Faculty of Philosophy and Literature at the Universidad de Buenos Aires (University of Buenos Aires). She is a member of the organisation called Red Trama (a national network of women and organisations that work with peasant and indigenous women). She coordinated and participated as an author in the book called Los laberintos de la violencia patriarcal (The Labyrinths of Patriarchal Violence) (Barco Edita and FHCSyS UNSE, 2019), as well as in numerous other publications. Through her work, Cecilia seeks to articulate academic research with activism. She defines herself as being from Santiago del Estero by choice and adoption.