Beatriz Ramírez Abella, a new advisor with Fondo de Mujeres del Sur, is an Afro-Uruguayan feminist and dedicated activist. She describes herself as a fighter who has been committed to all struggles—class, race and gender—within both social movements and politics. “Access to power is the key,” says Beatriz, in reference to a battle she refers to as ideological among all sectors suffering from discrimination, subjugation and exclusion. “It’s about coherence,” she says before adding a fundamental truth: “You can’t complain about the discrimination you face if you then discriminate against others.”

In this interview, we discuss her life, the lessons she has learned, politics and activism. Welcome to our board of directors! We are pleased to have you aboard.

You often talk about your childhood and the lessons it left you with. Can you tell us a little about that?

I was born in 1956 and I grew up in the 1960s in a poor, working class family with a strong sense of class, community and social consciousness.

My dad was a leftist. I remember that he would go talk to a sax player who lived in the neighbourhood who would show him and my uncle pictures of the Cuban revolution. My mother, like all the moms back then, was limited by gender mandates, and she heeded them most of the time but she was also a fighter. And she relayed that spirit of independence to us, her daughters.

I always sum up my family as follows: Black families historically have a tradition of parties and celebrations in which singing conveys meaning. In my family, there were two songs we always sand: a tango that talked about the “mortal pickaxe of progress,” in reference to the demolition of the wall in Barrio Sur, where my grandmother, my father and my uncle had all been born. The song talks about modernity reaching the neighbourhood and the nostalgia that change provokes. The other song that always played in our house was that standard of the socialist movement, "L’Internationale.” My mom and grandma never sang it but they tapped their feet to the beat while my dad and my uncle sang it out loud and clear.

I always say that my values—as a feminist, an anti-racist, a fighter working to transform society—all originated at home. Later on, a more developed framework, discourse or story takes shape, but the origin is in my family’s home during crucial years in Montevideo and in all Latin America. 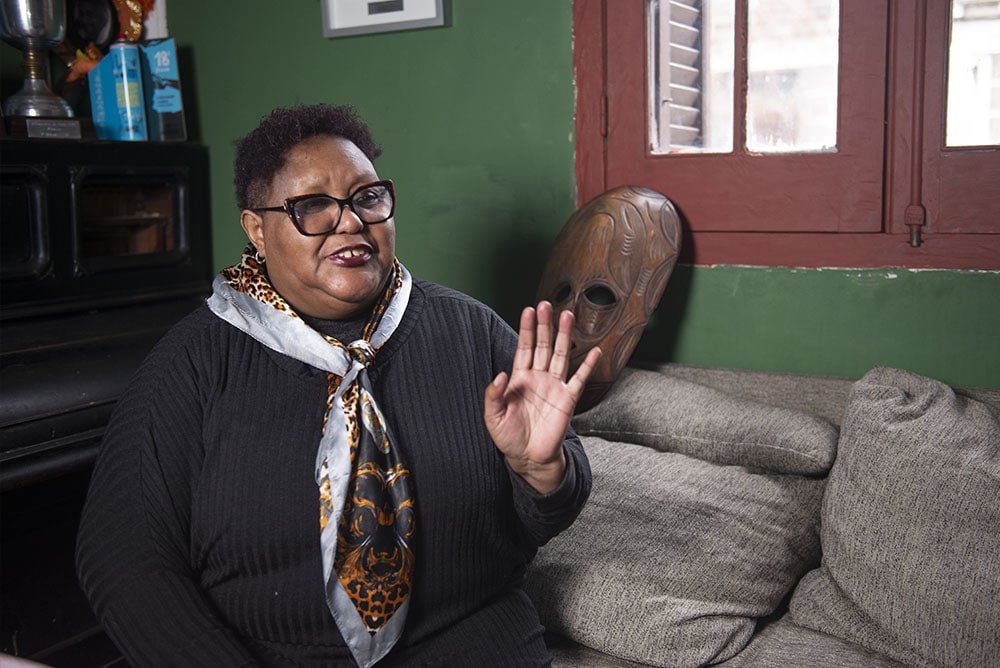 You were involved in Mundo Afro [Afro World], a foundation that was key to the struggle for the rights of African descendants and other Black people in Uruguay. What was that like?

During the Mundo Afro period, I was around 30 years old and I was an activist. An activist that gradually began to view reality through the lens of race. I was working on socially minded projects because I was studying social work and I had a very strong position on the lives of the poor. Especially poor people of colour. At that point, I had developed an awareness as a woman of colour and I was looking for answers that had to do with more collective, more structural aspects.

In 1989, the magazine Mundo Afro was launched and editor Homero Rodríguez asked me if I would write something about the situation of Black women. My first article was motivated by an admiration for Winnie Mandela (a social worker a politician and Nelson Mandela’s wife ) who at that time was the figurehead in the fight against apartheid.

So at that point, it was almost inevitable that we would talk about forming an organisation, because we already had the awareness needed to drive change. So that’s when we cofounded the Mundo Afro organisation. We brought in the concept of development and the Black collective and the way in which inequality and exclusion intervene in a perspective of equitable development. As part of Mundo Afro, we developed the first program for Black women in the framework of a development program. 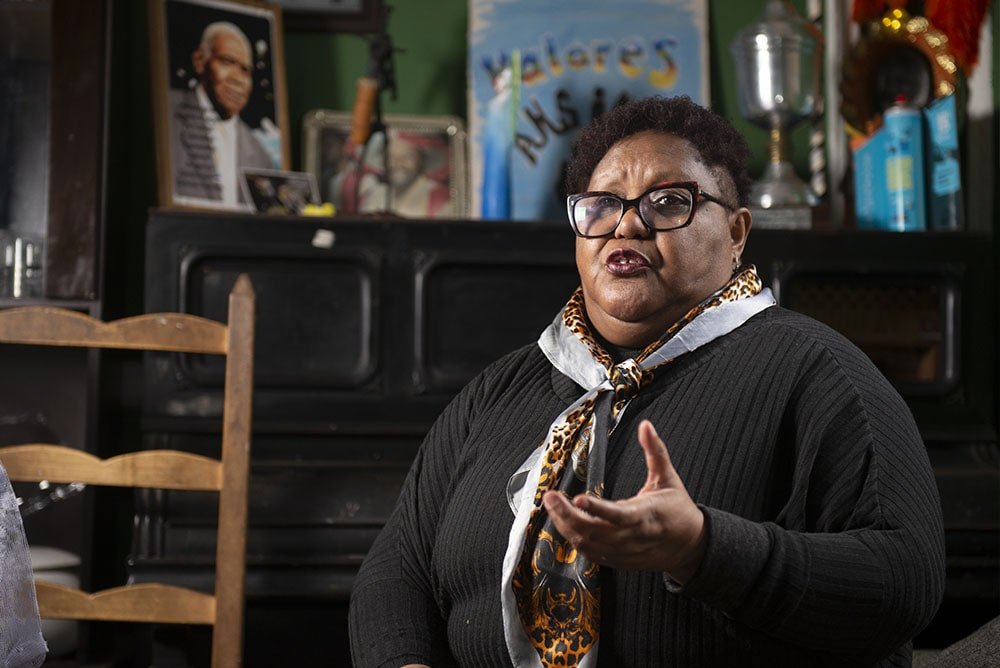 How and when did you incorporate feminism?

First there was a critical perspective on the lives of women—a perspective I inherited from my mom and her mom before her. My grandma was a very empowered woman, a single mom. As they used to say, she was a woman with “a temper” someone who made sure the game was played her way. My mom wasn’t so much like that: by her generation, machismo had already seeped into the matriarchal structure that African collectives had historically maintained.

In the 1950s, there were changes in these collectives—which grew increasingly machista, building male dominance. Even my dad was machista. By my mother had a quiet way of rebelling and she conveyed that to us.

When I joined Mundo Afro and became the person who dealt with gender topics, I began “flirting” with feminism. I was very critical of feminism at the time because it did not take into account the problems Black women faced. At the same time, I had a machista father—not to mention fellow male activists who were machista—and I couldn’t deny that machismo was a reality that had impacted my life. So I began to conceptually explore machismo and build a gender and race perspective that was entirely new in Uruguay.

How did you articulate the Black struggles with the feminist struggles in your life?

It’s a constant tension. A great part of Uruguay’s feminist movement was unable to understand our approach as Black women; they felt that we were dividing the feminist movement. I think you could call their position racist and maternalistic. They told us how we had to do things and how to do our jobs. They didn’t see us as subjects of rights but as others. In other words, hegemony for them, subordination for us. That really bothered us.

So we began working amongst ourselves, reaching out to other Black women activists of Latin America and building a clearly feminist movement of Black women that considered our particular circumstances.

It was part of the evolution I’ve been describing, where I found allies, fellow activists who were serious, responsible, respectful and willing to listen. Along the way, I met a woman who I love and I say “love” because I believe it’s the word that best captures her ability, her talent with people, and the way in which her thoughts on feminism and class are aligned with her work. And that woman is Carmen Beramendi.** I always say that Carmen knows how to amplify: she is permanently forging new areas of the struggle, which is what she did here as well. FMS, in my opinion, is an organisation that is clearly political, one that works to strengthen grassroots processes.

I know Carmen from my work at the National Institute of Women, where I came on board as an advisor on race and ethnicity before being appointed director. When it comes to gender affairs, that was the highest-ranking post in Uruguay and I was the first Black woman to hold that position. During my time at the institute, I spoke with Carmen on many occasions and our discussions on gender and race clearly touched her. That is what led to her inviting me to be part of FMS.

In terms of my contributions, being on the board gives me a new angle. I say “angle” because that’s a term we Black feminists use. Our approach is an angle that builds a bridge with others and that bridge is critical because it helps forge alliances.

What are the challenges and opportunities for the women’s funds today? What is your particular perspective on FMS and what processes do you believe the organisation should support, especially in Uruguay?

I believe that FMS creates opportunities. As women involved in politics and working in areas where we can have an impact, we know where the vulnerabilities are and what needs more work. I see FMS as an organisation that goes beyond searching for resources and constantly requires a context analysis in a shifting political framework where ground is sometimes lost in terms of rights we have won.

It is also an opportunity for the collective I am a part of—that of Black women—since resources often do not reach our organisations. If we think about resources as tools for development, empowering and multiplying and enabling actions that improve our quality of life: it is a big debt that we have to address.

Plus, based on the current work of the Black women’s movement in Uruguay, strengthening the organisations that have achieved a higher level of technical development is very important to me. That’s the way to allow the movement to develop autonomously. Otherwise, it often happens that when policies and funds target women’s groups, the technical teams come in with no consideration for ethnicity or race. They come with their practices, their ways of doing things and their knowledge gaps, and with the racist views that have been instilled in all of us. None of us is immune to that.

I really like the idea that the teams can also provide support. Contributing to strengthening the technical teams in a way that really allows them to use funding that empowers, enables and drives the development of autonomous movements of empowered, able Black women. We want capacity building to be able to strike out on our own, without the need for supervision. We can transfer knowledge, we can build a critical mass of women with an ideology that is against racism, sexism and all forms of discrimination.

In my opinion, this forges a path for work with Black women and with other women. I am very interested in building work with grassroots trans women, who are involved in a very important struggle. And with indigenous women because there are still many women among us who do not reach out to them. Many women accept the myth that there are no indigenous women in Uruguay but those women exist and they are organised. Rural women, wage-earners, non-wage earners, the women living along the border.

That’s my place and my vision and it’s the contribution I can make as a Black feminist and activist, and as a politician who sees beyond her own circumstances and whose perspective encompasses the breadth of Latin America. 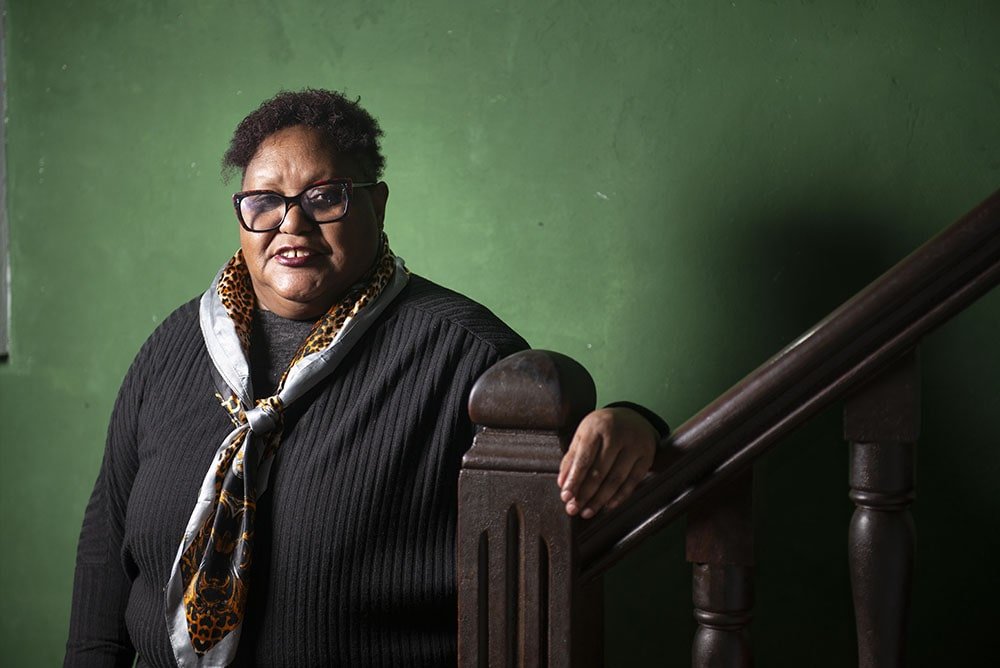 (*) The South African system of racial segregation. Although it was formally ended in 1992, it continued until 1994, the year in which Nelson Mandela became president.
(**) Carmen Beramendi has been a member of the board of directors of Fondo de Mujeres del Sur since 2013.