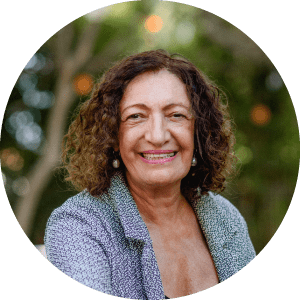 Ana Falú is an Argentine leading figure with a global career in the fight for human rights and women's rights. She is a pioneer in the region on issues related to women's right to the city. She is an architect, university professor and researcher. She has been director of the Instituto de Investigaciones de Vivienda y Hábitat (Housing and Habitat Research Institute) of the Universidad Nacional de Córdoba (National University of Córdoba). Ana is also co-founder of Red Mujer y Hábitat de América Latina (Women and Habitat Network of Latin America) and of the Articulación Feminista Marcosur (Marcosur Feminist Articulation) and of CISCSA. She is currently the Executive Director of this organisation. She was the director of UN Women (formerly UNIFEM) for the Andean Region (2002-2004) and for Brazil and Southern Cone Countries (2004-2009). Together with Virginia Vargas, Ana coordinated the process in the lead up to the IV World Conference on Women in China (Beijing 95). She is currently an advisor on gender to UN Habitat.